One year comes to an end while another is born.  Before the clock strikes midnight on December 31st we like to pause, reminisce and reflect on what has been.  So with that in mind, here are True North Nomad’s top 5 “highs” and “lows” of 2015. 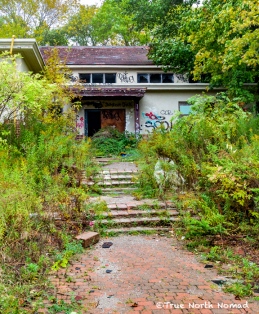 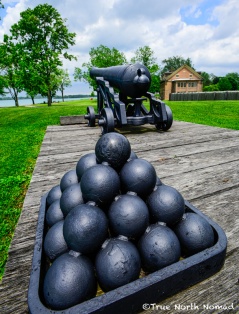 There was not one, but two hikes this past year that almost killed me!  Ok I may be exaggerating a wee bit, but both treks involved snow/ice and both were some of the best fun we’ve had outdoors in teeth chattering temperatures!  During our hike at Point Pelee National Park, read post here, I almost succumbed to waist high snow and a ghostly forest.  During our frozen river hike on St. Paddy’s Day I dodged not one bullet (the ice threatening to crack) but two (my sister’s consideration of tossing my body down a hill to generate a need for rescue) read post here. 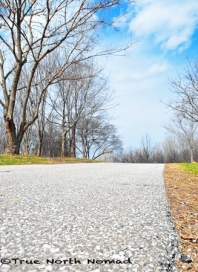 This past year we planned a mock hike to ensure we could complete a 14km loop we had intended  on attempting in the summer.  I mean who wants to find out in the middle of no where you are unable to walk back out of that forest you just spent hours getting lost in?  Not this gal!  As part of our training exercise we planned a 16km loop in similar terrain as the actual target but within 911’s calling range.  I am proud to say we completed the 16km trek, and within the timeframe we had allowed ourselves, albeit I practically crawled the last 2km of the hike.  Yes it damn near killed me, provided us a great backdrop for a post you can read here and ultimately proved you don’t have to be in your 20’s or an elite athlete to cover some serious distance! 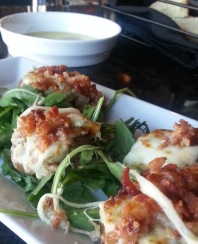 So I had this brilliant idea of doing a dining tour for the blog.  With an excursion to London, Ontario already in the works, the plan was to dine at three establishments all meeting similar criteria.  Sounds like a great idea doesn’t it.  Well it turned out that it wasn’t such a great idea after all.  We had allotted only three hours between the start of one restaurant until we arrived at the next.  Turns out the human body does not digest a whole lot in that amount of time.  By days end we were bloated, uncomfortable and in fear of sneezing.  You can read about our first and last dining tour here. 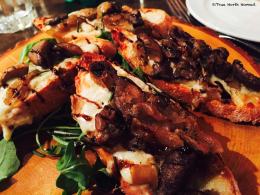 This past year we had travels planned from the east coast to the west coast and many points in between.  We returned to our “regular” lives amidst our journeys.  It’s hard to stand still when your feet want to keep moving to where your heart needs to be.  This down time allowed us some much needed relaxation, family time but had us pining the open road!

Although the theme of this post appears to be about things that tried to kill me this past year, the biggest bummer was definitely the weather!  Mother Nature foiled our best laid plans from the

trips we did take to the ones we didn’t.  Our first big trip this year was to the coast of New Brunswick.  A hot, muggy and on the verge of a heat wave Ontario hadn’t prepared us for the cold, wet spring New Brunswick was experiencing.  It rained.  And rained.  The temperature never rose above 10°C (50°F) until the day we left.  Our tent leaked.  Our clothing was damp.  The first night there we thought we’d freeze to death.  Fog blocked our sunsets and sunrises.

The second big trip we had planned was to Newfoundland, but we changed our itinerary to go west when we heard the RCMP had placed an APB out for the season of Summer who was apparently MIA and in its place was the wet, damp fog we had already found in New Brunswick. 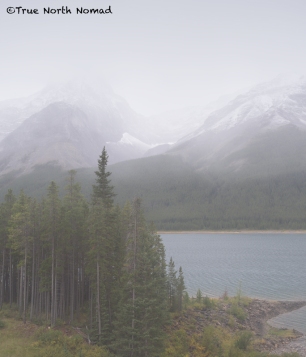 A week before we left for out west we heard about how the smoke from the forest fires in Washington State was covering the parts of Alberta and British Columbia we had planned to visit.  Apparently the smoke had been so thick it had dropped the visibility down to almost zero the day we departed.  When we touched down in Calgary our hopes were heightened when we heard the much needed rain for the area was on its way.  No problem we thought.  With 9 days to explore we could afford to lose a day, maybe two to rain.  Well thankfully for the relief it provided from the fires, it did rain.  And it rained.  The wind was so harsh it blew our tent away so often we slept in our truck.  And it rained.  It rained from Calgary.  The fog settled in and obstructed the mountains when it rained in Golden, Kamloops and Valemount.  By the time we made it to Jasper, well the rain had stopped.  Yes the rain had stopped because by that time it had turned to snow.  It snowed through our camping in Jasper, hotel room in Banff and right up until our plane took off again.  The day we left it was 0°C and snowing at the Calgary airport.  We landed in Ontario in under 4 hours and it was 45°C with the humidex!

5. Its All About The Gear

During 2015 team True North Nomad acquired some seriously, awesome equipment!  We’re passionate about what we do and the mechanics and electronics that make it possible.  In addition to some serious photographic gear that was added to our bags (which you will see in 2016), there was computer equipment and even outdoor accessories we added to our arsenal!  You’ll have to stay tuned to TNN in 2016 to see how we use all this amazing gear!

We described our visit to Bruce Peninsula National Park as paradise.  Well if you’ve been to the Bruce or seen the pics from our post you will know it is quite honestly one of the most beautiful and photogenic areas you will ever witness.  Within spitting distance of Toronto which brings tourists out in droves, this tropical looking treasure is surreal and it exists in Ontario.  Read about our hike here.  Sure our trip wasn’t without some hiccups (giant spiders, snakes and bears oh my) but the Park and Bruce Trail should be added to any photographer, outdoors(wo)man, or adventure seeker’s list of places to see!

Our most popular post of 2015 was actually the second last one of the year – Finding Peace Among Nature, read post here.  The popularity could have had something to do with the fact that by the time this post was published we were at the height of readership.  Or we could stop splitting hairs… Lets just agree this post was hot because we’re just so damn witty and the writing so titillating we had you at I sat down.

Ok, so we talked earlier about how the weather tried to drown us, smoke us out and freeze us to death.  And yeah it may have sounded like that was a real bad thing.  But the truth is that inspite of the rain, and fog, and smoke, and snow we still found all the beauty around us.  Especially Fundy National Park.  This park is gorgeous in any weather, any time of year and we were surprised how breath taking it was.  You can read about it here!  New Brunswick is blessed with ocean coastlines, pristine lakes, emerald forests and mountains.  Its all about the mountains baby!  Fundy National Park was our favourite visit in 2015 and is highly recommended!

Yeah, we’re going to toot our own horn!  My passions coupled with my families willingness to entertain me brought to life a dream I’ve had for a very long time.  It started on WordPress but nothing could hold us back.  Soon we expanded to Instagram, Facebook and Twitter.  We have hiked, camped and ate our way back and forth across this great nation.  I’ve spent the past 365 days sitting beside my best friend and hubby (Q just to clarify) while we chatted like giddy school girls about where we had been and where we were going. 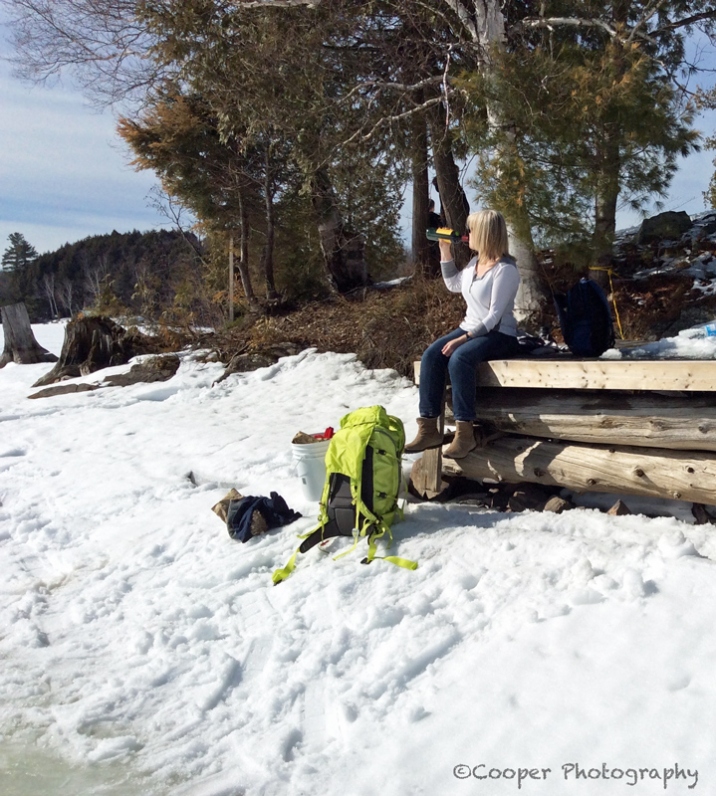 Laurie downing the bottle of wine!

This past year we lived passionately and without regret.  We met great people both in person and on our blog.  We’ve laughed through the ridiculous weather and almost cried in natures awesome presence.  And the truth is… we can’t wait for more!

Thank you, to you our reader for joining us on this journey!  We appreciate your comments and we’re glad you went along for the ride.  All the best to you and yours this coming year.  Bring on 2016 – Happy New Year!

What was your favourite TNN post this past year?  What do you want to see more of in 2016?

Should old acquaintance be forgot and never brought to mind – enter your email address top left, bottom right or bottom centre of this post and click “Follow” and never miss an impassioned tale again!