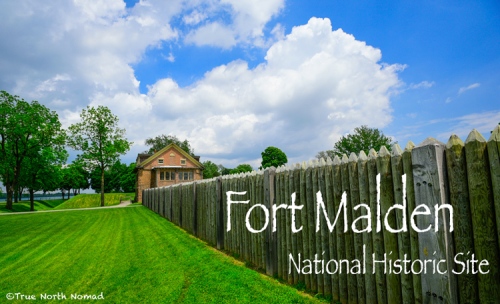 A history teacher I am not.  In fact not even a history buff, unlike Q who can recite dates, times and names from days gone by.  And if it’s about war, any war, he will do so as giddy as he can with about as much animation as a block of wood.  Anyone who knows Q knows – he’s just not that expressive of a guy.  Enough about my other half and back to history.

As I was saying, although I am educated in our history, like most people I remember bits and pieces.  Well a recent visit to a historic site refreshed my memory of a great conflict in Canada’s past and filled the holes in my mind left by time.  The story goes like this….

During the dark days of the Napoleonic wars, by Napoleon’s decree any neutral merchant 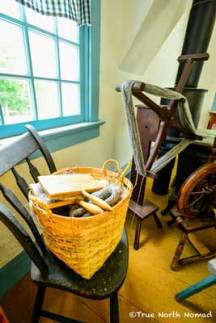 arriving to Europe and wishing to do business with France must land at a continental port first.  This strategy would allow the French to gobble up much-needed food and supplies and leave their adversary Britain isolated.  In retaliation, in an attempt to cutoff resources to France, the British harassed trade ships as they made their way across the Atlantic to Europe.  Caught in the cross fire between these two great nations at war, America suffered through the disregard of their Maritime rights for 20 years.  Under British (not international) judgement and rule, the American’s loss cargo, sailors and ships when the British would commandeer their vessels and seize what they defined as “contraband”. 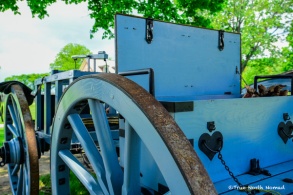 The final straw for America came when Britain declared that all merchant ships must have a permit (a licence of sorts) to cross the ocean and make trade with any European nation.  Thinking their “brothers” to the north would sympathize with their plight and see them as liberators, the USA rebelled and attacked what was close in proximity and what they felt was a soft target (since Britain was already so extended) – Canada.  For those who may not have done well in history class I am describing the War of 1812.

The Americans miscalculated on two fronts.  Being loyal to the British flag, Canada did

not accept their “brothers” invasion warmly.  And unexpectedly Britain had a strong hold in the true north.  In addition to their Canadian counterparts, Chief Tecumseh’s Six Nations Confederacy fought alongside Britain and Canada.  Having made  treaties with Britain in the past, the First Nations felt Canada and British North America would serve their interests better than the United States.

There was much tit for tat fighting.  The American’s burnt down York now known as Toronto.  We burnt down the White House.  Not in direct retaliation to York but the city burning went back and forth.  Battles, ground and sea were won and lost on both sides but who actually won the war is convoluted at best.  What was gained was a lasting peace forged between all three nations.  And what is clearer still is who lost during the war of 1812.  With the death of Tecumseh and subsequent defeat of the First Nations at the battle of Thames, the Six Nations Confederacy dissolved and abandoned by their British allies, the First Nations lost land and rights. 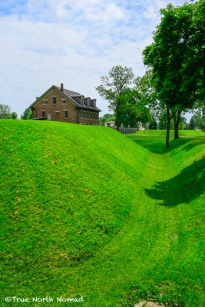 Since its inception, Fort Malden has served as a British Indian Department post, dockyard for the Upper Great Lakes, meeting place for Chief Tecumseh and British General Brock, an insane asylum and pensioner scheme.  But it is most famous for it’s role during the War of 1812.  Considered the most important outpost west of Kingston, Fort Malden served to protect the interests of western Upper Canada and British North America.

Nestled on the banks of the Detroit River in the beautiful town of Amherstburg, Ontario this slice of history is run by Park’s Canada.  With some original buildings still standing and the largest collection of the War of 1812 artifacts in Canada, this little fort has a lot to offer.

Seeing as you can view the entire fort from the parking lot (yes it is that tiny), I thought for sure we’d be done the entire tour in 20 minutes.  But Park’s Canada has done an excellent job in educating their staff on the trials, tribulations and lives of the residents of that era.  There is a host at each building dressed in period clothing describing their surroundings, pulling you in with tantalizing tales of yesteryear.  Some stories are glorified and others are mortifying.  The staff is excellent – without them you’d be looking at a bunch of “old” stuff.  It is through their stories the relics come to life and take on a world of their own. 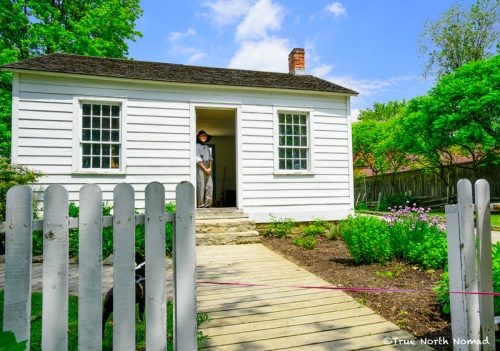 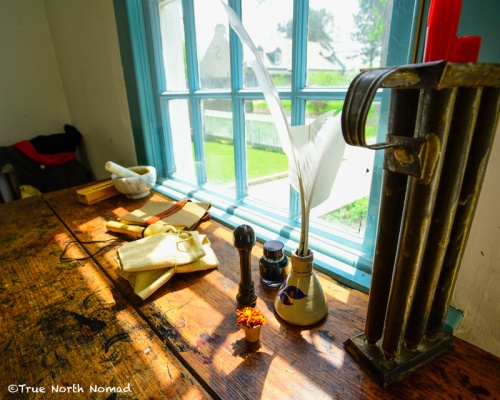 There is a museum in the largest building, demonstrations from everything like the “portable” blacksmith on the back of a carriage to musket shooting in the centre yard.  They even have stew day.  Stew, bread and even a desert (it was apple pie the day we visited), is prepared in the original pots and kitchen of the fort which you can enjoy for a small fee. 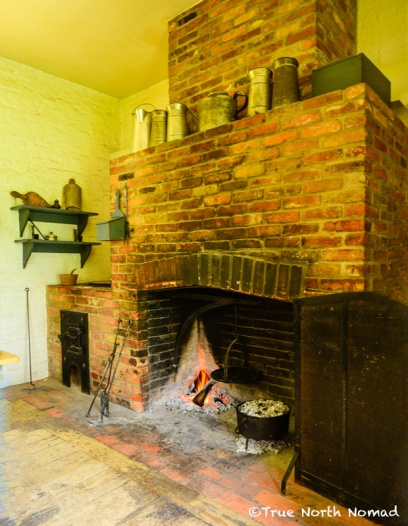 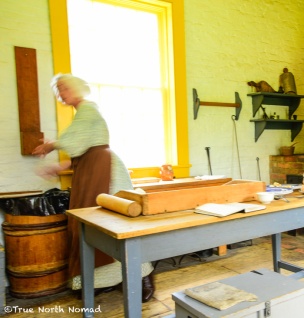 Park’s Canada has also won me over with their approval of dogs at many of their locations.  A tourist with a pet doesn’t have to contemplate between visiting a site or leaving Fido behind. Fort Malden is no different.  With the exception of the upper floor of the museum, Meka and Winston toured the fort alongside us.  They even had watering stations and a treat for the dogs.  Oh and of course you know you’re at a Park’s Canada location when you find those red Adirondack chairs!

Fort Malden is opened daily during the summer months and during the week in May, September and October.  There is a nominal fee to enter, unless you have the Park’s Canada Discovery pass, and there are special events and re-enactments held throughout the year.

That concludes my history lesson for the day.  You are all dismissed!

Surprised by anything you may have learned here?  What stories from Canada’s past make you pause and reflect?

Let’s Marvin Gaye and Get It On!!!  Top left, or bottom right or bottom centre of this post… yeah you found it.  Enter your email address and click follow and never miss an impassioned tale again!